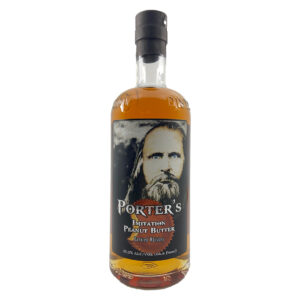 (Ogden, UTAH – August 11, 2020) – Ogden’s Own, an award-winning leading distiller of craft spirits and the largest independently owned distillery in the state of Utah, is pleased to officially introduce the newest offering to its fan-favorite line of Porter’s flavored whiskeys: Porter’s Peanut Butter Whiskey. Serving as a prime example of Ogden’s Own’s willingness to take risks through experimentation with bold, unconventional flavor profiles through its beloved Porter’s line, Porter’s Peanut Butter is now officially available for sale at the Ogden’s Own Distillery Store at 615 W. Stockman Way, and will soon become available to Ogden’s Own customers nationwide via the brand’s retail and online partners.

Porter’s Peanut Butter captures the unmistakable, one-of-a-kind essence of peanut butter and balances it with a hint of rich chocolate flavor, delivering a familiar yet subtle peanut butter presence that avoids coming across as artificial or overpowering. Instead, the gentle nuttiness and comforting warmth of the peanut butter elevates the whiskey itself, creating a balanced 66.6-proof blend of smooth Canadian whiskey and tantalizing peanut butter flavor. Porter’s Peanut Butter is an ideal candidate for any consumers looking to indulge their curiosity in the unexpected sipping experience of a peanut butter spirit, as it is completely safe to drink for those with peanut allergies and available at a cost-friendly price point of $19.99, making it hard to resist as one of the most affordably-priced peanut butter spirits on the market.

Porter’s Peanut Butter will seamlessly slot into the Ogden’s Own family of Porter’s whiskeys, which also includes Huckleberry, Peach, Apple, and Cinnamon Fire varietals, along with the limited-edition Porter’s Small Batch Rye, released in 2019. Over the years, Porter’s whiskeys have garnered significant popularity and grown into a cherished choice for consumers in both Ogden’s Own’s home state of Utah and in several states across the country. Named after Orrin Porter Rockwell, an iconic enforcer of the Old West, the hallmark of Porter’s whiskeys is their sweet-but-not-sugary flavor profiles, which make the expressions perfect for enjoying in a wide variety of forms, ranging from seasonal craft cocktails to on-the-rocks or neat sipping.

“Our top priority at Ogden’s Own has always been listening and catering to the feedback of our customers, the loyal community that has embraced our distillery and grown it into what it is today,” said Steve Conlin, CEO and Co-Founder of Ogden’s Own. “Those who know us know that we’re not afraid to take risks and think outside of the box when it comes to our products, and Porter’s Peanut Butter represents our willingness and desire to provide our fans with a unique offering that not only taps into a burgeoning consumer trend but slots in seamlessly with our existing Porter’s whiskey portfolio. We couldn’t be more excited to see the response. After all, who doesn’t love peanut butter?”

that Ogden’s Own cut the ribbon on in April 2020. The massive, 32,000 square-foot multi-purpose facility was constructed from the ground-up with the primary goal of helping Ogden’s Own continue to scale the distillery’s growth fueled by massive regional popularity. With a 10-fold increase in production, the new home of Ogden’s Own serves as an ideal environment for expanding the distillery’s product offerings and creates an incubator environment for innovative new expressions that push the envelope of traditional spirits while meeting the demands of Ogden’s Own’s loyal fans, much like Porter’s Peanut Butter.

Store, 615 W. Stockman Way, Ogden, Utah 84401, for the price of $19.99 per 750ml bottle. For more information regarding Porter’s Peanut Butter Whiskey, future availability of the product, and updates on all of Ogden’s Own brands, please visit www.ogdensown.com. 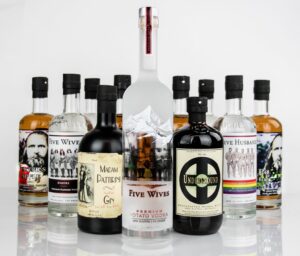